This is an exercise that will take you around of two hours, we will use code and spirituality to answer fundamental questions of existence

Perform a brief cleansing ritual, it shouldn’t take you more than five minutes. Open windows and organize your space, light your candle and burn your incense or herbs.

Now that your space is clean, it’s time to center yourself with this breathing and embodiment exercise that will be guided by Annika:

You centered? You in the mood? Well, then it’s time to tell you what is this all about. We’re two friends preparing this cybernetic and supernatural experience. Danae has been studying the intersection of technology and the supernatural for a while. Initially, these two realms seem very distant from each other, however, her research demonstrates that the computational world is full of mystical references and similarities with magical traditions. For instance, many researchers have established a parallel between coding and casting a spell, then Danae adopts a hacking perspective in which she highlights such parallels and intervene in the cybernetic as well as in the mystical world in order to test the limits of our computational possibilities. This workshop is an example of that approach because through simple coding we will access oracular knowledge.

Annika is currently developing a participatory research project called Deep Planetary Sensing that seeks to reconnect us with our individual and collective bodies, and to enter into conversation with the Earth. Through a series of soundwalks, immersive installations and performances it researches embodied experiences of connectivity in relation to our planet and how they are mediated by technology. The different works explore connectivity through the body to develop alternative ways of using and creating technology. In this workshop we use guided meditations to access alternative ways of creating and relating to the idea of what bots and oracles can be. This methodology can of course be applied to other tasks, projects and questions.

Creating a Twitter bot does not really require advanced coding skills, if someone’s interest is to just learn the technical aspect they could check one of the many tutorials that are available on the web. This exercise is different and relevant because it adopts a critical approach towards the bot, a format that has been associated with “de-humanized” content such as in the case of fake news. For us, a bot is an opportunity to easily create automated content and the options are so many. In this particular workshop we will explore the bot format and its possibilities as a divinatory device. Complementary to a linear creation process we use our inner imagery and our somatic experience to access knowledge and ideas that are already contained in our bodies, but that we oftentimes don’t know how to activate or use. This can enable alternative experiential perspectives of technology and our (individual/collective) bodies. In this workshop we will explore what kind of inner images bots and oracles evoke, and what their somatic dimensions can be.

Are we in synchrony? Good! Now let’s go to our object of study 🤖

A bot is a computational device that produces automated content, while some can consider a bot an example of artificial intelligence, it is central to say that what is most important about the content it produces is the input the bot has to work with. Technology, in this sense, is not neutral because it depends on the conditions it was designed. This conceptualization is easy to understand when we see examples of racist technology, in those cases their creators incorporated their racist biases into the device, for instance face recognition technologies that do not register black faces. The same will happen to the bots we will create, because we will introduce aspects of our own cosmologies, then the bot will work using this input, this is also why we’re trying to create this atmosphere: to facilitate a space that welcomes mystical design. You can read some of Danae’s bot theory and its relation to ideas of autopoietic systems and posthumanism in this paper.

Let us show you some bots that can help as a source of inspiration for your own project. This one is Hildegard Hot Takes, a bot that tweets quotes by the visionary Hildegard of Bingen, every three hours you get your bit of mystic medieval knowledge.

This one is queer lit bot and it tweets extracts of queer poetry, prose an plays. They have done a beautiful selection that includes people such as James Baldwin, Frank O’Hara, Mary Oliver, and many more.

Gilda Bot was created by Danae and it is truly loved in the southern cone of Latin America. Gilda was a fantastic Argentina cumbia singer who died tragically when she was very young, now she is practically a religious icon and even miracles are attributed to her. Actually Danae assures Gilda is responsible for the protection of her love life, she was such a charismatic woman that this bot account is constantly receiving lots of love. Maybe it is an example of having conversations with the dead?

And this one is El Oráculo de las Capturas de Pantalla (or The Oracle of Screenshots), this runs on a website in which you have to ask a question and the screenshot of a film will be your answer, I’ll ask this oracle what’s the energy we should convey for this exercise:

Now take a break of ten minutes and think about all of this, when you’re back we’ll help you with a meditation session that will organize your thoughts.

You back? Fantastic! Well, now we’re doing an exercise of guided meditation/journeying to come up with ideas. Relaxation techniques can help us to connect with our body and access our inner worlds that oftentimes contain ideas and solutions that we could not access through the mind alone. We learn to ask oursleves questions, set intentions and allow answers and ideas that lead us further in our creative process to emerge.

Danae and Annika went through this process and searched for their own arcana. We defined arcana as the archetypes or symbolisms that have the capacity to ignite relevant insight. For example, the tarot is a fantastic narrative device with lots of meaningful arcana (the moon, the devil, the wheel of fortune). In our case, we hacked the idea of traditional arcana and complemented it with our own cosmologies. For instance, in Danae’s bot, she used songs as arcana, songs that are meaningful to her, these songs trigger very specific emotions and can lead her to necessary guidance. Annika did a similar thing but with images and significant keywords.

The genius Chilean film director Raúl Ruiz said that the filmmaker should act like a photographer shooting at a park or at a square and just register what is going on. The goal is to capture that ungraspable part of reality and let the viewer play their own film in their head. That’s what arcana and archetypes do, they’re like an invitation, but the final meaning is inside each individual.

Now play this meditation guided by Annika and find your own arcana.

The key tool we will be using to build the bots is CheapBotsDoneQuick if you’re using Twitter or CheapBotsTootSweet if you’re on Mastodon. Log in with your account in the appropriate site.

You’ll see that you have an introductory text to the tool, some examples and their sources, the space for writing the code and a series of options regarding the frequency of posting, the possibility to reply, and the choice of sharing or not your source.

An easy solution could be writing a bot that posts content that is already wrote by you in its totality, this is the case of the bots that quote literary texts or sonn lyrics. However, if you’re more proficient with code, you can write a bot that will combine elements and post randomized combinations of them. That would be the case of a bot that works with a list of nouns, another of verbs and another of emojis. Then each output would be a sequence of one element of each list (noun+verb+emoji). A third option could be to adopt a more visual approach and use SVGs, not every arcana has to be prisoner of the language 🙂

So now it’s your turn to experiment, in this pad we did with the folks from Hackers and Designers, you will find the source code for some of our bots and you can use them as a template. There you will find examples of the three kinds of bots we just mentioned plus cases that include the posting of images and videos.

Now go for it! You can play this track in loop while you do your bot, it will do wonders for your code.

If you reached the end of this tutorial and were able to create a fully functional oracle bot, first, CONGRATULATIONS, and second please feel free to contact us at info (at) digitalwitchcraft.works so we can add your bot to our divinatory sidebar and to our list of bots below 💞🥰🔮

Thank you for visiting this space!

Our oracle bots so far are the following:

This is an exercise that forms part of The Digital Witchcraft Institute‘s artistic-research project “Bots and Autopoiesis: Towards a Theory of Automated Art” funded by the Ministry of Culture of the Government of Chile 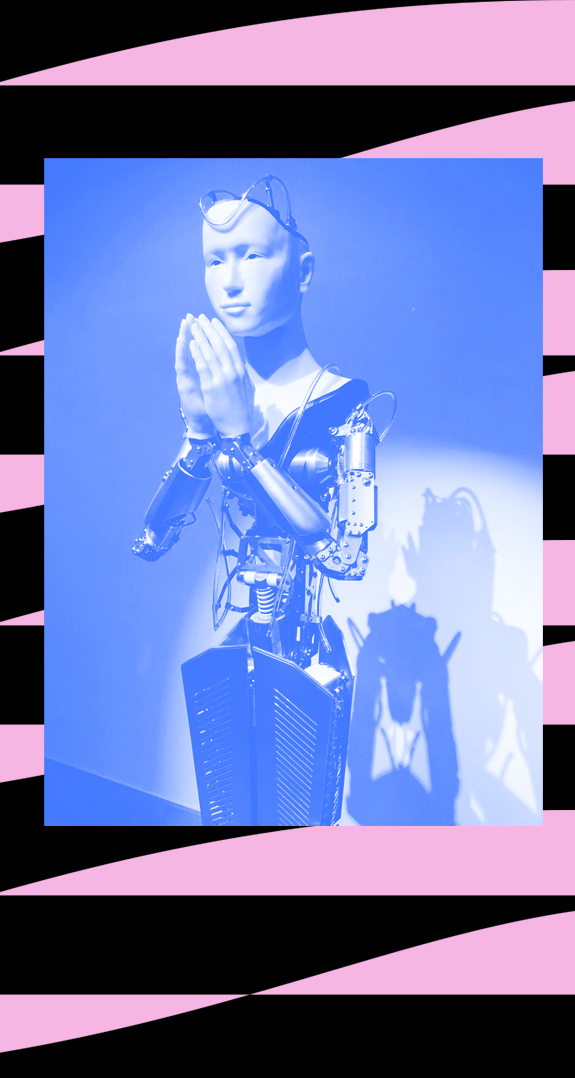 My writing mood right is is:
argumentative

My writing mood right is is:
convincing

My writing mood right is is:
strong

Today I am writing:
argumentative

Today I am writing:
strong

the world and the true nature of reality

Missives from a Lantern on a Strange Seafloor@astrodamus2·
2h

are you The Whisperer or The Glutton? are you The Revolutionary or The Silent?

Riddles of the Sphinx@capbodydelay·
2h

What is that which has one stretched ear lobe and yet becomes five-footed and sad in the morning?

Radiation is the outwardly disintegrating force acting divisively upon all systems.

My writing mood right is is:
vulnerable

Nuclear power is my jam@Vandernoodlela1·
2h